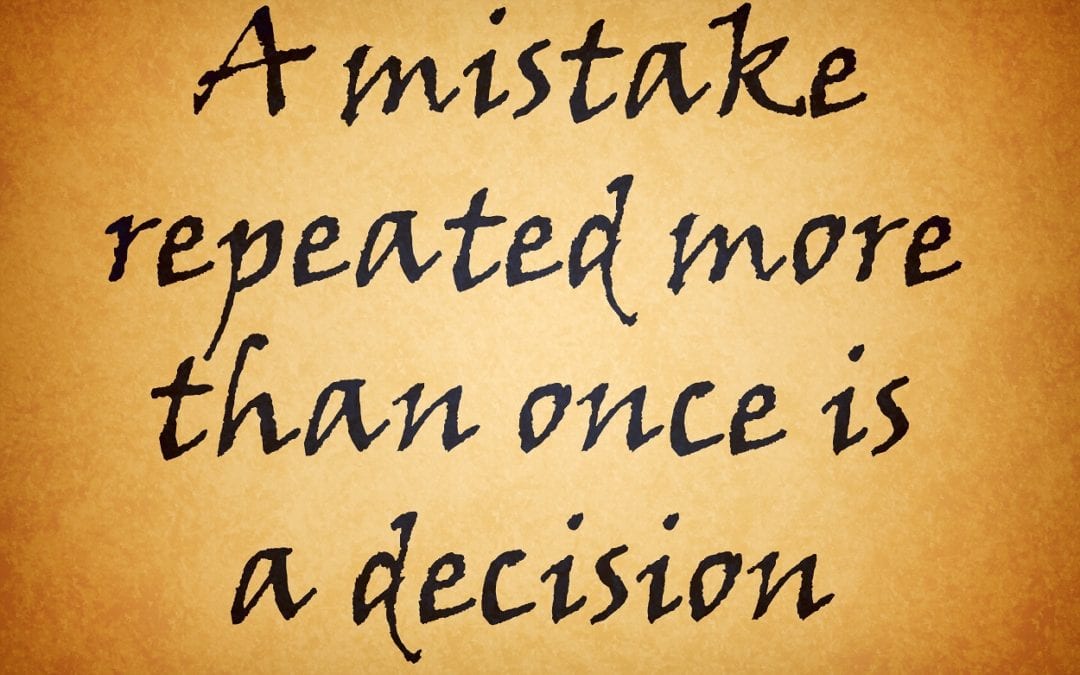 This week’s post comes from our friends at  The Cog Blog.

That great cartoon-strip philosopher Charlie Brown once said: “I have been repeating the same mistakes in life for so long now I may as well call them traditions.” Had Charlie Brown ever grown up he may very well have enjoyed a successful career in advertising.

There’s a fine line between harking back to ‘the good old days’ whilst sucking on a pipe and criticising those who’ve come later; and referencing the past with the aim of avoiding making the same mistakes again. For example, it’s become rather fashionable to believe that many of the problems facing the advertising industry today started with the break-up of the old-style full-service agencies. Those of us who worked in full-service agencies, and there are one or two of us left believe it or not, don’t agree.

Certainly it’s easier to work in an integrated fashion when you’re all in the same space, but the distance between certain media people, and certain creatives had less to do with physical distance and more to do with attitudes and states of mind. At the same time, the best media people today have no problem working closely with the best creatives, regardless of where both sit. Some, like MullenLowe’s MediaHub and VCCP Media have fine-tuned the old model and made it fit for purpose in today’s world. Others will no doubt copy them.

Media agencies started and flourished because those running full-service agencies (in the majority of cases account people) under-valued the media department’s contribution and growing importance. Agency managements didn’t spot the coming storm – and to the great surprise of account people everywhere advertisers did. Hence the massive media agency business of today. Ignoring something because it doesn’t fit your own narrow narrative is dangerous. Account people saw themselves as guardians of the client’s business. I could fill a book with examples of arrogance, condescension, threats and worse. The account guys saw themselves as running the business, everyone else was there to do the colouring-in.

Clients, even then, wanted access to those doing the colouring-in.

Today, media agency managements are in danger of making the same mistake when it comes to planning and research. In the era dominated by deals and trading, media planning became a front-of-house irrelevance to many management teams, crucial at pitch time, but to be subsumed into agency deals the rest of the time. Now that we’re in the data era there is an equally dangerous focus on automated tools, often at the expense of creative human thought. The clue is in the word ‘tools’. The best media strategies and plans mix creativity with data; data is accessed by tools. It’s dangerous to pick up a tool without knowing what it can and can’t do. You may not know how it’s constructed, but you have to know what it’s for.

Audience measurement is a key tool – you can’t do your job without it, but if you pick up the bargain pack from the basket by the till the odds are you’ll find it’s the wrong thing for to the task. Anyone who’s tried to bash in a nail with a screwdriver will know what I mean.

Audience measurement might be arcane, and complicated, and the people responsible for it don’t exactly make the subject accessible but it is the bedrock of so much of what media agencies do. Media agency managements don’t need to understand the ins and outs of measurement but they do need to encourage and provide support and leadership to those who do. If they don’t do this (and most haven’t, and aren’t) then they give up the right to complain that the tool created doesn’t meet their needs. In the vernacular they become rule-takers not rule-makers.

Too many media agency managers are like the account men of the full-service era. They’re blind to changes in their clients’ priorities, believing that above all else what he or she wants is the old model, the only question is what colour they would like it in. Clients want integrated thinking across communication forms and disciplines. This used to be so obvious a statement as to be un-necessary (anyone else remember Y&R’s ‘whole egg’ approach, or Leo Burnett’s ICS?), but today’s over-siloed industry needs reminding of its importance.

At this point we can cue every conference speech ever given or trade press article written by a media agency CEO over the last five years. Everyone loves talking about integration, but what many don’t enjoy quite so much is explaining how they intend to go about achieving it. A cross-media approach to audience measurement plays a vital role in the delivery of integration. It might sound arcane and complicated – and to an extent it is but try building a house without the right tools.

The early media agency entrepreneurs were helped to succeed by a lack of vision from full-service agency managements, combined with the foresight of their clients. It would be ironic if their successors made the same error.

Charlie Brown never grew up, of course. His creator just shuffled off to that great pumpkin patch in the sky.

Here’s the link to the full article