Why Don’t Most Agencies Follow Their Own Advice? And Where Are They? 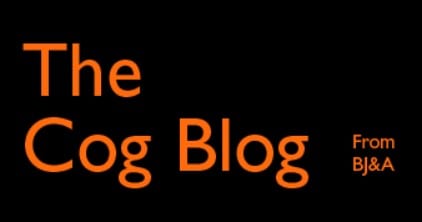 This week’s post comes with thanks to our friends at Cog Blog, from where these thoughts are taken almost verbatim,  and firstly looks at the many opinions, articles and webinars on how marketers should go about weathering the coming economic recession. These come from agencies, trade bodies, media owners, academics and marketing consultants; most peddle the line that the smartest plan is to keep spending at a time when the competition slows or stops, thus raising share-of-voice.

There is a flaw in this argument – if everyone follows the advice then SoV remains as is, whilst the industry enjoys a boom period – which we all know isn’t going to happen. The advice therefore only works on the assumption that most won’t follow it. One thing that’s missing is any discussion around lessons the organisations dispensing the advice can themselves draw from previous experiences.

As Brian Jacobs of Cog Blog says : “One common factor though is that the agency sector seems to learn little; maybe this time will be different, it’s just that I doubt it. We are very quick to offer advice to others but, like the cobbler whose children went without shoes we are less good when it comes to our own industry.”

The second part of this blog post to some extent follows on from the above article. After Cog Blog published it, one Cog Blog reader, a Mr N Manning from London (some of you will know Nick, founder of Manning Gottlieb OMD, and now a much lauded consultant) wrote in to make the point that agency leaders now keep such a low profile as to be almost invisible.

There was a time when agency media leaders could be relied upon to comment on anything and everything related to advertising and media matters. After all, we were supposed to have an opinion on the matters shaping our own business. But now?

As Brian goes on to say : “With one or two notable exceptions, like GroupM’s Karen Blackett and the7stars’ Jenny Biggam, we’ve become invisible beyond talking to ourselves at industry events and in the trade press.”

We seem strangely reticent on industry matters too. For example, this week the ISBA and PwC released a thorough, and at first sight thoroughly excellent report into the online advertising supply chain. Two remarkable facts were highlighted:

First, 51% of advertiser spend ends up with the intended publisher. Half. We’re in Lord Leverhulme / John Wanamaker territory here (all depends where you were taught..) with the famous ‘half my adspend is wasted I just don’t know which half’ quote. Well, if 49% never arrives in front of the intended audience then it’s pretty fair to say that half is indeed wasted.

Brian’s worth listening to – I can vouch for that as I worked with him for many years when we were both at Leo Burnett.