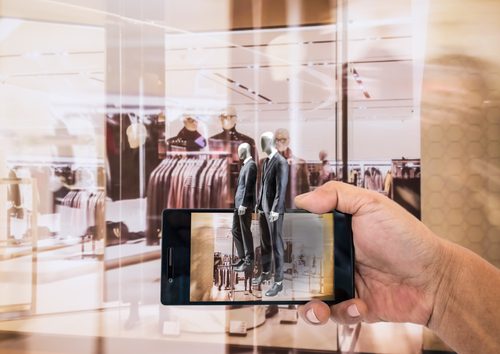 Western European firms are in for a rocky ride in 2022, as every sector will be rapidly reshaped by digitization. But opportunities abound for companies that make a significant leap, such as retailers moving to cashless transactions or brands using the latest digital display technology. Competition will be fierce—among paid-for video providers, for example—and the EU will continue to battle firms that flout digital security laws. Brick-and-mortar retailers will bank on digital technology to ease shopper friction points and drive in-store sales.

Many changes to in-store technology are already underway or planned for 2022. In Germany, Shopify is expanding the integrated payments features and POS tools it offers retailers to make in-store purchases easier for shoppers and to link online and offline behavior, for example. Additionally, clothing retailer & Other Stories installed a smart vending machine for select perfume and cosmetic products in a leading Paris department store in Q3 2020. That technology, which allows shoppers to try before they buy in a socially distanced way, is set to roll out to other stores across the region.

Consumers are warming to contactless payments, and retailers are getting the message. In Germany, a combined 46% of adults ages 16 and older said they use a contactless card in-store once a week, daily, or several times a day, per Bitkom Research in May 2021. In the UK, 48% of consumers said they either began using contactless payment methods, or used them more often, because of the pandemic, according to a June 2021 Elavon survey conducted by Ipsos MORI. In France, 40% of adults cited speed as a big advantage of contactless payments and 29% noted their simplicity, according to a September 2021 poll from OpinionWay and Fortuneo. Supermarket chain Aldi, a major force across the region, is testing an app that allows shoppers to pay via autonomous checkout. Amazon will also play a part, as the recent UK implementation of its Just Walk Out technology—which allows for contactless payments—lays the foundation for expansion elsewhere in Europe.

In-store digital advertising is about to boom. Consumers are ready for short but immersive in-store video that highlights promotions, new products, or exclusive brand-sponsored events. Among shoppers in France, Germany, Italy, Spain, and the UK who had made at least one online purchase in the past 30 days, respondents were more likely to have discovered their last purchase in a store rather than via an online ad, per June 2021 data from Criteo, Lucid, and Qualtrics. Savvy retailers will redirect some online ad spending to in-store screens that better convey brand values and capture consumers’ imaginations in an environment where making purchases is easy.

If you want to read a much fuller report on these trends in Western Europe from Insider Intelligence, you can access it here for $995

Charts in This Report