“Doomscrolling” – Swipe Up For Misery 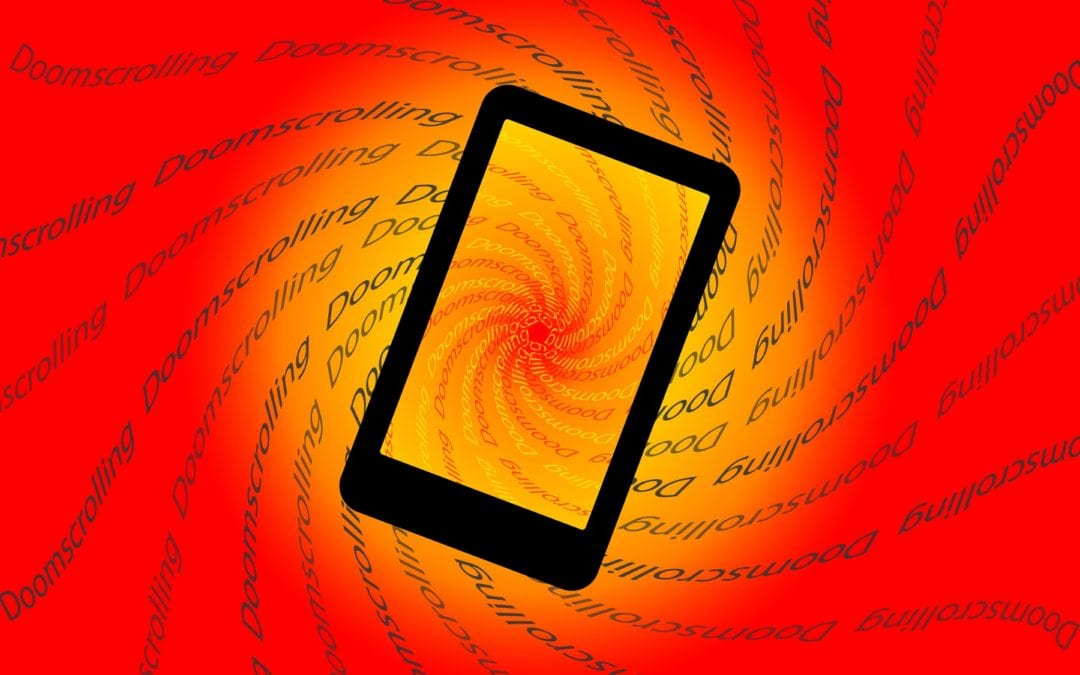 Doomscrolling is a social trend sweeping devices around the world. The term was coined in March 2020, as the pandemic began to rage around the world, to describe the unrelenting need to consume an endless procession of negative online news.

When Brandwatch checked out English-language mentions of the term on social media using their Consumer Research platform, they found 144,000 mentions of it from January 1st to November 8th 2020. Mentions really started picking up in June 2020, and recently, usage has hit a new high, skyrocketing already this month with 45,000 mentions from people admitting that they were guilty of doomscrolling in the first week of November. 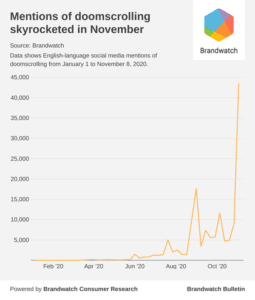 In fact, it was in part thanks to the US election that the term became so widely used. US politics was a huge driver in conversations about doomscrolling on social media, with 18,000 mentions of the election, Biden, and Trump alongside the term between June 1st and November 8th, 2020.

Ultimately, doomscrolling conversation on social media really focuses on the unhealthiness of the habit. Between March 1st and November 8th, 2020 Bradwatch found 62,000 mentions about quitting doomscrolling. Unsurprisingly, that conversation reached a peak last week (12,000 mentions) as the world waited for the big election result.

Brandwatch also found that the conversation focused on how droomscrolling affected wellbeing:

This year has been tough, and the internet is coming up with new words to describe our experiences. Much like when WFH was added to the Merriam-Webster dictionary earlier in the year, it’s likely we’ll see more terms coined during the pandemic in the next round of additions.