Looking for Non-Exec Roles during the Coronavirus Lockdown 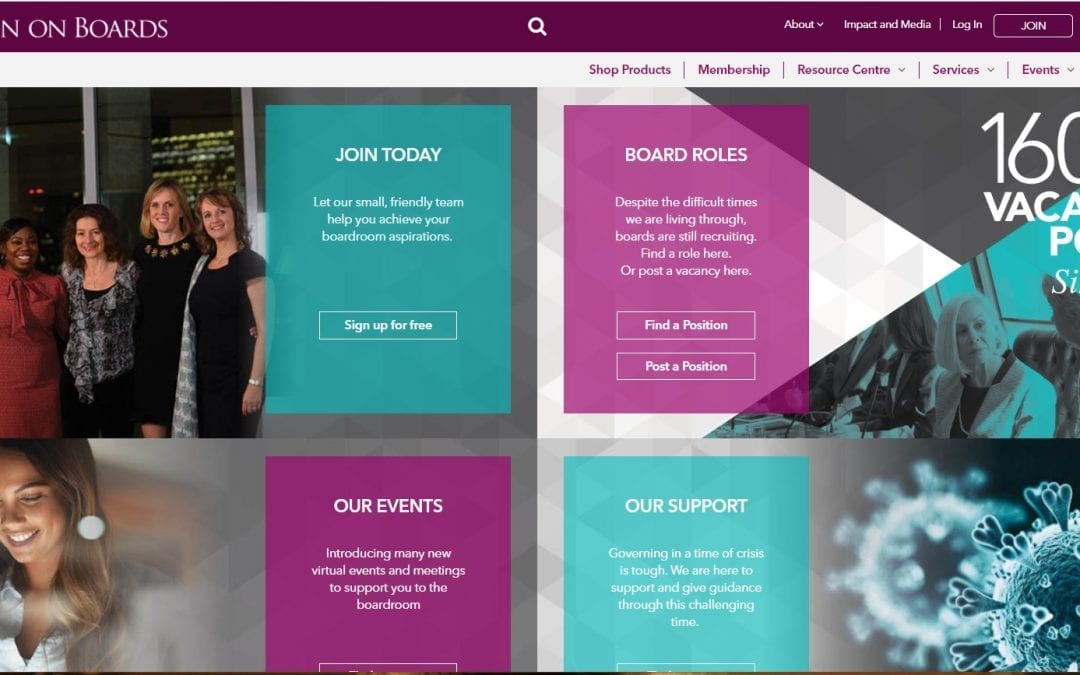 If, like me, you are a NED actively looking for new roles at the moment, there’s no need to put your search on hold during the current lockdown. There are many online resources not only to find relevant vacancies, but also to improve your chances of getting to the interview stage and ultimatly landing that role, whether that ends up being via a virtual interview or not at the moment … or in the near future. As an aside, my first (paid) NED role was confirmed after a virtual panel interview while I was on holiday in France – well-prepared is still well-prepared, even if it’s not a face to face interview.

Here are some ways that you can keep your NED journey on-track, even in these challenging times:

Women on Boards UK is a fantastic source, not only of roles via the vacancy board (you’ll need to be a piad member to access this, but the cost is relatively low) but also lots of fantastic resources to help you improve your chances of landing a NED role. Many of their training events are online, including webinars, mentoring, CV masterclasses and online interview support. Plus their online Resources section is second to none.

Nurole is members only and you need to have an invite – but it’s not hard to get one! NED roles include multinationals, start-ups, charities, government bodies, and everything in between. It’s a bit like an online headhunter service and you’ll need to set plenty of time aside to complete your profile as it’s quite time consuming.

The Chairman’s Network – is a lot wider then it sounds like so don’t be put off; you don’t need to be a Chair to join! Don’t be put off by the dreadful, clunky website either. There’s a very interesting group of members and lots of great connections to be made if you put in the time. Their meetings have now moved online and I haven’t attended a virtual one yet myself, but I can certainly vouch for the “normal” physical ones. I have made some excellent connections there. More for networking than anything else but very good for that.

If it’s Public Sector Appointments you’re interested in, head this way.  Bear in mind though that this site is more for those with a few good NED positions under their belt already, although I have seen a few roles for the less experienced NED.